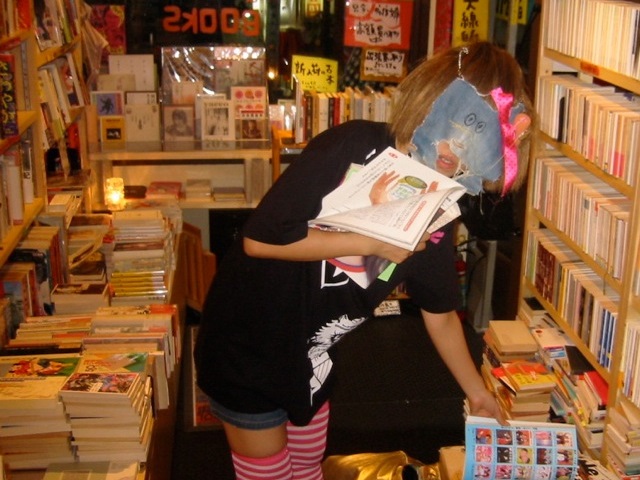 ShojonoTomo, literally meaning “Friend of Young Girls”, is a contemporary artist who embodies the spirit of the “Eternal Child”. She uses her unique perspective, imagination, and humor, along with impactful characters and colors, to create paintings, objects d’art, and interactive art, all over the world.

Established in 2004, her “SKINSHIP BURNY” (SKINSHIP meaning physical contact and BURNY meaning burn injury) concept, is an example of how ShojonoTomo wraps up the opposing concepts of strength hidden beneath the surface and delicateness in humorous stories.

Her work is a metaphor for “adult children”, children who grow up in dysfunctional families and struggle in the real world as adults. This phenomenon is a leading cause to juvenile delinquency and is also the driving force behind ShojonoTomo who is always in search of the meaning of her own existence.

Many of ShojonoTomo’s works are based on fashion motifs and are held at galleries that are easily accessible to those who are not necessarily well-versed in the art world. She was a resident artist at a Swedish museum from 2009 to 2011. Her work there was based on the theme of 753, a Japanese custom to celebrate children when they reach the ages of 3, 5, and 7. She constructed a room called “child play” and made kimonos (kimono fusion). In 2013, she designed the official logo and mascot for a COOL JAPAN event, called CRAZY KAWAII IN PARIS, and held a performance that featured Japanese rituals. The event was covered by media from all over the world. At the Edo-Tokyo Museum in 2014, she held a live show featuring a “DOUBLE T-SHIRT for 2 people”, the purpose of which was to allow Japanese people, who are uncomfortable with physical contact, to physically touch each other. Since 2015, ShojonoTomo has been putting on a production for NHK KAWAII International TV in New York and Japan called “Festival and Yukata Project” which addresses the theme of “Japanese people who do not date”.

ShojonoTomo’s recognition beyond the art community has been expanding overseas. This may be partly due to American rapper Nicki Minaj, who she designed costumes for from 2011 to 2013, rapping “Rockin’ ShojonoTomo” in the song, “Gimme Money”. Many people thought interpreted this as a reference to ShojonoTomo as a clothing designer. However she also designed Minaj a face mask, another Japanese symbol. She called it the “love allergy mask” and used it as a modern Japanese communication tool.
The face mask used for the costume was featured on a British tv program or reached the late David Bowie.